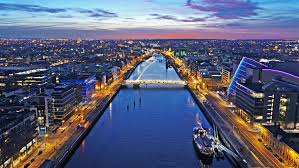 We are all aware of the socio-economic pressures on urban centres, particularly Dublin, Cork and Galway.

Our cities are growing rapidly, commercial and residential rents are rising, childcare and transportation costs are increasing, and traffic congestion is at an all-time high. 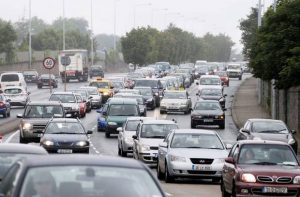 According to the Dublin Economic Monitor, August 2019, rents in Dublin City alone had increased to €1,650, while outside the GDA residential rents are reported as €850. On our roads, traffic congestion into urban centres has increased significantly across the country.

In contrast, depopulation is a feature of rural Ireland in 2019. Schools, Garda stations and post offices are closing. Local sports clubs are losing both investment and players.
In 2016, stark differences in Ireland’s economic recovery across the regions were becoming apparent.

It is fair to say that Ireland’s recovery is a tale of two macroeconomic realities – the first, a country with a progressive and developed urban economy witnessing ever-increasing population growth and the pressures coming from sustained urban sprawl. The second, a rural community requiring investment, infrastructure and jobs to ensure its growth and survival into the future.

So how can we build a bridge between these two increasingly polarised economic environments and restore a balance to our cities and our communities?

For many of us, in the Ireland of 2019, our quality of life has diminished, with many people experiencing increased stress and anxiety due to daily pressures such as long commutes and high childcare costs.

People are looking for alternative ways of living and working, with more flexibility to accommodate the demands of our lives in the 21st century.

Thanks to technology this can be achieved – connectivity enables new ways of working that help solve the economic and social challenges by creating high-value, innovative employment outside of our cities across a range of sectors and industries. 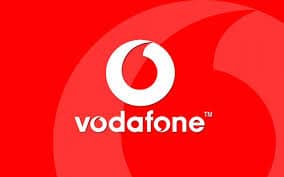 Vodafone Ireland recently launched a report that reveals the extent to which high-speed connectivity can influence the availability and quality of employment in rural locations – negating the need for people to seek work in urban centres or abroad.

A study conducted by by economist Jim Power, assessed how smart working – flexible or remote working from home or a hub – can help address the growing urban and rural divide.

It found that six digital hubs, which availed of free broadband, support 176 businesses and 424 full time staff, along with a further 38 part time workers. These companies generate €27.46 million and allow many people to remain close to home or return from urban centres.

The study also found that a similar digital hub replicated in every county in Ireland could generate over 1,000 new businesses, 8,400 new jobs and more than €310 million for the economy.

The experience in the six digital hubs analysed for this report clearly demonstrates the positive impact smart working is having on towns and their surrounding areas. The success of the hubs across Ireland shows that providing high-speed connectivity and space for innovation, collaboration and digital education, can help regional towns compete with larger urban areas.

These hubs attract highly skilled people; encourage start-ups and foreign direct investment and increase local digital literacy. Smart working is clearly having a positive effect on rural economic recovery and providing a real solution to the pressures on our cities.

It is about giving people options, flexibility and the ability to work from anywhere, at any time.

Big ideas can be developed locally and marketed worldwide, giving people the opportunity to pursue their dream without leaving their town.

Businesses have set up locally at a lower cost and with far more ease than in a city, helping to ensure that our cities can remain competitive.

Talent retention and productivity levels are higher because people live nearby, have shorter commute times and want to stay in their local areas – they are home.