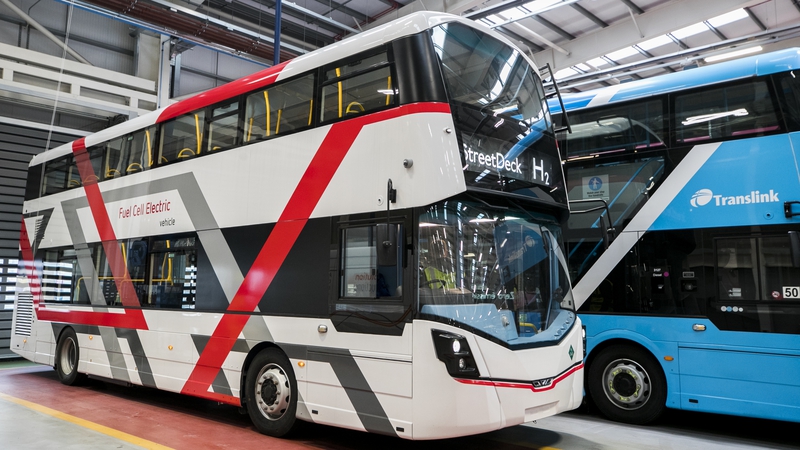 Bus manufacturer Wrightbus is to create up to 300 permanent jobs after winning a number of orders from Ireland and the UK, the firm has said.

The company is to also convert 120 existing temporary roles into permanent positions as it seeks to ramp up production at its headquarters in Ballymena, Co Antrim.

The firm was bought out of administration in October 2019, and had just 56 members of staff at that point.

However, following a number of developments in zero emissions technology that have seen the creation of the world’s first hydrogen double decker bus, Wrightbus is on track to have 930 permanent employees once these new positions are filled.

The company has said it hopes the roles, which will include skilled, semi-skilled, general operators and support staff, will all be filled in 2022.

Managing Director Neil Collins said the company has seen a “period of phenomenal growth” in the last two years.

“Our order book is looking very healthy with our zero emission buses in high demand, and we have multiple conversations ongoing with a number of bus operators from across the UK and Ireland.”

Jo Bamford, who bought the company out of administration in 2019, said the last two years “have not been easy.”

“We’ve not only had to pull the company back from administration, but we’ve also had to get through unprecedented times due to the effects of the Covid-19 pandemic,” he said.