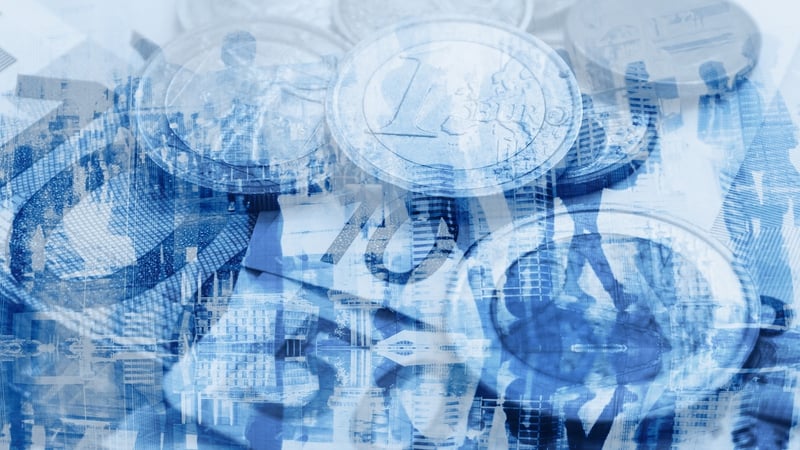 The public finances recorded a surplus of €5 billion at the end of July, according to figures published this afternoon by the Department of Finance.

This compares to a deficit of €5.7 billion at the end of July last year.

The continuing turnaround in the public finances is explained by higher tax returns and lower levels of Covid-related expenditure.

The recovery in the public finances continued in July. The Department of Finance’s preferred measure of a rolling 12-month tally now puts the Exchequer surplus at €3.4 billion.

The three main sources of tax continue to perform strongly.

For the seven months of the year until the end of July, income taxes were up €2.4 billion or 17% on the same period last year at €16.7 billion.

Some of the increase in VAT is due to higher spending this year compared to lockdown periods in early 2021.

This compares to growth of 23% in VAT receipts cumulatively this year to the end of last month, indicating that the so-called ‘base effects’ related to the recovery from Covid lockdowns are beginning to fade.

The massive increase in corporation tax is down to multinational companies trading strongly in areas such as pharmaceuticals and computer services.

Voted expenditure was €1.8 billion less than over the same period in 2021.

Cumulatively to the end of July, tax revenues of €43.5 billion were collected, which was €8.3 billion or 23.5% higher than over the same period last year.

“It’s probably prudent to simply ignore the buoyancy in corporation tax. It might last but it’s imprudent to regard it as rock solid revenue that will always be there,” Mr McCarthy told RTE’s Morning Ireland.

The economist also said there was great uncertainty over corporation rax revenue.

“Back in 2006, 2007 and 2008 the Exchequer figures looked better than they actually were because the Government was raking in property tax revenue. It promptly evaporated and now we’ve had a huge bonanza in corporation tax revenue in the last few years. But the Department of Finance continually expresses concern about whether that is permanent,” he warned..

“We’re looking at figures which are often presented as year on year. It’s important to look at what is actually happening now. A lot of the data we look at is looking in a rear view mirror and my guess is some heads of tax revenue will not be quite so strong over the next while,” Mr McCarthy predicted.

Mr McCarthy also said that excess tax revenue should not necessarily be earmarked for immediate spending.

“The excess could be several billion a year. It’s probably silly to say we’ll spend it. It’s probably wiser to say we have a big legacy debt and we’ll try and run a budget surplus for a while,” he said, adding that while the Irish and European economies rebounded from the Covid impact, the Russian invasion of Ukraine has had a seismic impact on economic growth.

“The economy in Ireland and around Europe recovered quite well last year from Covid and then along came the invasion of Ukraine. It looks as if most of the European economies have already stalled and are beginning to slow down. That’s the position here too,” he said.

“Surveys of business expectations all suggest that the spurt of rapid recovery has already come to an end,” he added.